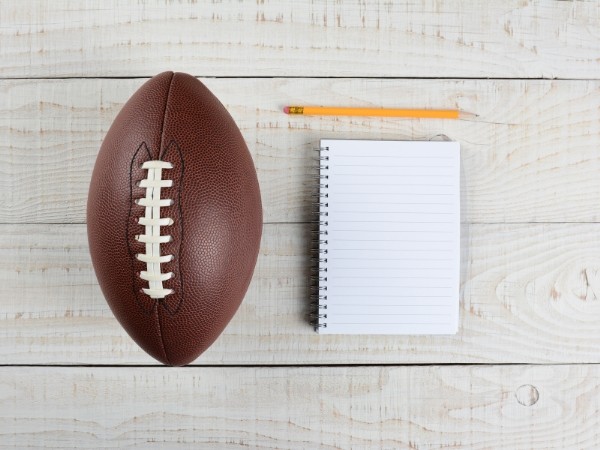 For me, Fantasy Football Leagues is the worst. I can’t imagine anything worse than a player quitting halfway through a season. This has happened to everyone at least once. Your league is left in the dust if a knucklehead loses six of seven games, forfeits interest and then disappears completely.

It was just brutal.

These questions were answered by me after a bit of research. I conducted surveys and polls with my league of unlovable drunks. I looked back at old scoring systems, buy ins, and payouts for previous seasons. I searched the internet looking for new ways to make fantasy season more rewarding. I was looking for sweet side action. You wouldn’t believe it! It was my fantasy football obsessions that led me to this:

To increase the chances of winning throughout the year, you can create multiple games within the same game. Every league member will be able to win a prize each week, regardless of whether their team is unbeaten, winless or at the top of the pack.

You should review your league’s buy ins and payouts. Consider setting aside some cash or other prizes for these weekly challenges.

The team with the highest points total wins.

The team with the most offensive touchdowns wins.

The team that receives the most WR is crowned champion.

The player who scores closest to 21 points and does not win more than once is the team’s winner.

The team with the highest points total in a matchup loses wins.

The team with the largest margin of victory wins.

The team with the greatest number of RB rushing yards wins.

The team with the closest score to its projected total points (over or below) wins.

The team with the lowest-scoring starting player wins.

The winning team is the one with the highest FLEX score.

The team with the longest passing play by a QB wins.

The team that beats its opponent with the smallest margin wins.

You still have a chance to win a weekly prize, even if your team is terrible. These challenges can be applied to individual team members or to entire teams. It’s up to you.

The League’s Roles and Responsibilities

You spend a lot of time and effort setting up your fantasy league, managing money and prizes, answering questions, and so forth.

What if you aren’t the commissioner of your league, but still want to have your say? If you’re a good fantasy football manager, shouldn’t your voice be heard?

Your league will be more interesting if each member has a specific role or responsibility. This gives you a sense of ownership and authority. It will give everyone an incentive to be active and engaged throughout the season. These are some examples of league roles that you can take on:

This person is the right-hand man, or woman, and will act as a personal conssigliere for the commissioner. If the commissioner is unable to be present, he or she will assume all league responsibilities.

Your league should have a financial professional or someone who is just good with money. If you are in a close-knit league, the person responsible for collecting and disseminating dues will be your friend.

The director of personnel is responsible for ensuring that each roster complies with league rules. This person will call out players who aren’t rostering the right amount of players.

You are in a fantasy text thread with your team mates. What person is the most obsessed with scrolling and reading news? This role is best reserved for out-of-towners. It will help your league mates keep involved and active in the league.

My home league has a one-man rule: When league mates discuss a trade, they always turn to the same guy for their input. He’ll be asked, “Is it a fair trade?” Or “Who do think wins this trade?” Sounds like someone in your league. The secretary of commerce will make the final call if a vote goes against or for a trade.

Fantasy football punishments are not something I am interested in. I do like the idea of giving ridiculous prizes to the worst fantasy football players in your league. You could reward someone who is terribly afraid of spiders with a DVD or VHS tape.

They deserve some light-hearted, good-natured ribbing, regardless of whether they were lucky or not at fantasy football. These are some ways you can “reward” your league members for being total losers. What should their prizes look like? It’s your choice!

The team with the lowest number of “wins” was composed of its original draft picks.

The league’s “winner” is the team with the lowest total points.

The team with the worst overall record of “wins” was placed last.

The owner of the team who was absent for most of your season-long gatherings.

What can you do to spice up your fantasy league? Weekly prizes can be given out. Give league members specific roles and responsibilities. At the end of each year, award the worst losers with heinous prizes. Keep it real and have some fun, no matter what you do.